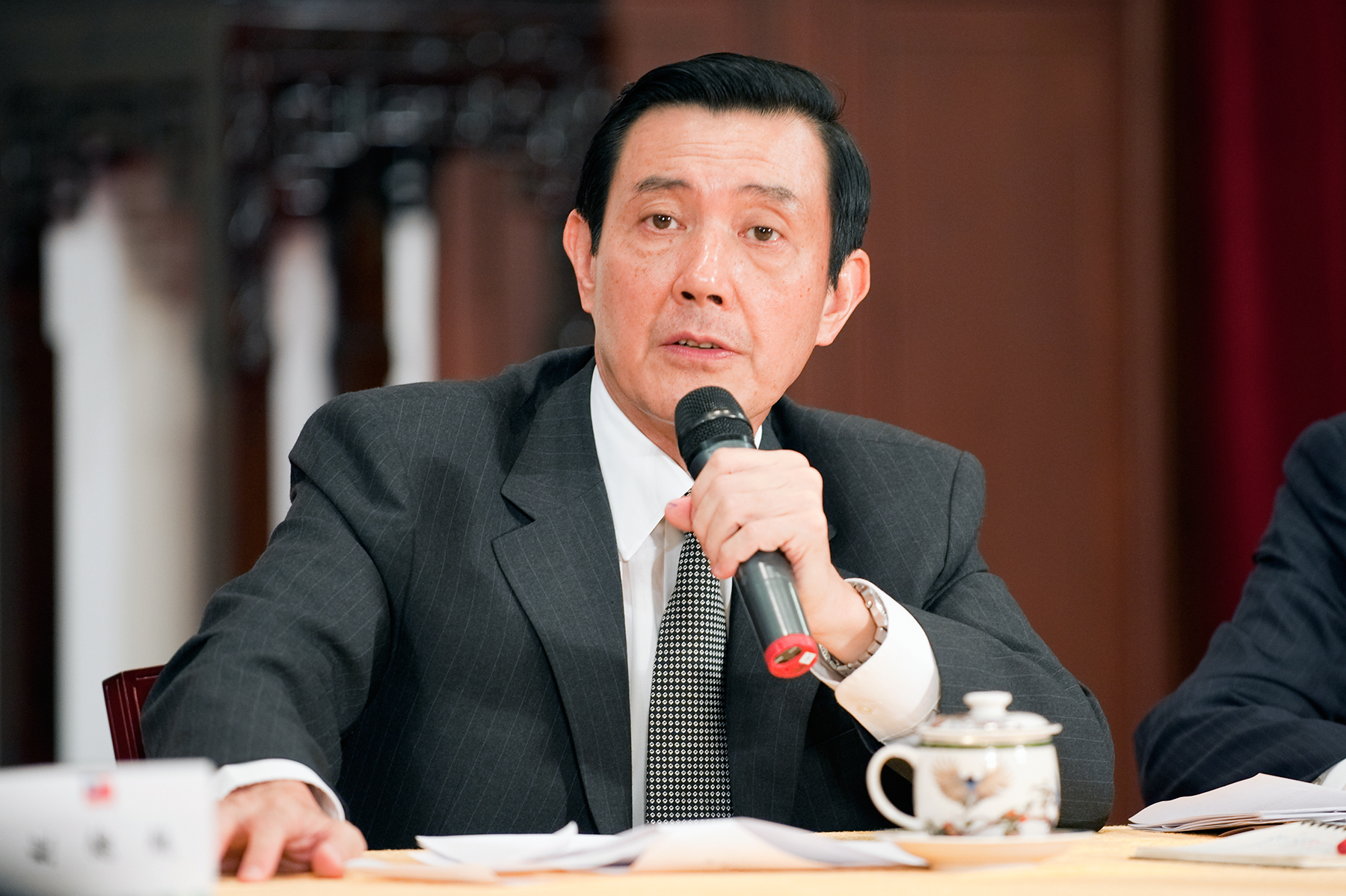 Republic Of China (Taiwan) President Ma Ying-jeou speaks in a press briefing in Taiwans Presidential Building, Taipei, Taiwan, Tuesday, August 8, 2009 addressing the issues regarding typhoon Morakot. Typhoon Morakot struck Taiwan on August 8, 2009, dropping 102 inches of rain, causing severe flooding and landslides primarily in Taiwans southern region. President Ma apologized to the people of Taiwan and pledged to accept responsibility for the errors made, and the slow response, in dealing with typhoon Morakot. As of the time of this Presidential briefing, President Ma reported 127 dead and 307 people still missing. While President Ma stated that the general policy of the government is correct and that rescue efforts were delayed due to weather, he said that the rescue process will be investigated and that some government officials may be punished. Vice Foreign Minister Andrew Hsia has already handed in his resignation to Premier Liu Chao-shiuan due to his departments initial rejection of foreign aid. President Ma said that Premier Liu will most likely accept Vice Foreign Minister Hsias resignation.